President of the Republic of Uzbekistan Shavkat Mirziyoyev chaired a videoconference session April 8 to scrutinize the implementation – in the first quarter of this year – of projects involving foreign direct investments and international financial institutions, as well as the tasks for the first half of the year.

In recent years, a new system has been set up for the development and realization of investment projects, with government ministers and industry managers working “in the field” across the country to ensure the creation of new enterprises and permanent jobs. Numerous benefits and preferences have been introduced to perfect the investment climate.

Highest-level talks with heads of foreign states and international financial organizations as well as leading business representatives produced about 700 investment agreements to attract dozens of billions of dollars to our country.

The outcomes of these measures have been conspicuous in terms of growth rates. In particular, last year the volume of investments in fixed assets grew by more than 18 percent. This, in turn, ensured the growth of industrial production by 14.4 percent.

An important qualitative change was the fact that half of the foreign direct investments mastered in the current year have been designated for provinces.

Under the 2019 Investment Program, capital investments in the amount of almost 14 billion US dollars are set to be realized for more than 3.2 thousand projects. In particular, 320 schemes are projected to consume over 4 billion dollars in foreign direct investments.

The meeting participants analyzed these investment projects in the context of industries and regions, and attended to the reports of managers of sectors on the efforts undertaken thus far. They discussed challenging aspects of projects that are lagging behind in implementation.

In the first quarter, the amount of funds planned for realization was fulfilled; nonetheless, as it was pointed out at the session, the situation in some industries and regions is far from reasonable. The Minister for the Development of Information Technologies and Communications, chairmen of Uzavtosanoat Joint-Stock Company, Uzagrotekhsanoat Holding and Uzeltekhsanoat Association, deputy governors of the Kashkadarya, Samarkand, Surkhandarya, Namangan, Ferghana and Khorezm regions for investments received disciplinary warning.
The head of our state proposed to introduce a new control system to ensure the timely realization of investments. In accordance with it, all projects involving foreign direct investment would be divided into four lists to be monitored separately.

09.06.2017
Uzbekistan and the United Arab Emirates are expanding cooperation in agriculture

As a result of the visit of the President of the Republic of Uzbekistan, more than $ 10 billion of documents and investment agreements were signed. 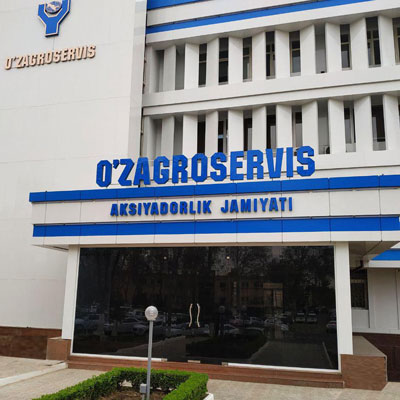